At least, that’s what real estate experts are hinting at with regards to the Las Vegas, Nevada housing market for 2020.

There is hope and optimism for the market in the new decade, due to how the last one ended: with an uptick. In 2019, the housing market was off to a stale start but became significantly better in the last two quarters of the year. Many realtors, brokers, and experts are hoping (and expecting) that this fire will continue burning into the new year with gumption and momentum.

Taking a page from the Las Vegas Review-Journal, here’s a summary of what we know so far. Read on to see what’s in store for the year.

Historically, election years are great for the real estate market, unless there is an unforeseen dramatic shift or change. With this year being an election year, there should be a stable and productive year ahead.

“Great” for this year means that low interest rates and average costs are expected to remain the same. Prices aren’t expected to fluctuate, which isn’t necessarily a bad thing. It means there is wiggle room for improvement, but nothing is expected to plummet. After all, slow and steady wins the race.

It’s been reported on by several sources over the past few years and it’s true: people are leaving Northern and Southern California at record numbers for a more affordable life. Many of those who are choosing to trade spaces make their way to Las Vegas, Nevada, which is much more affordable by comparison. With no state income tax, Nevada is a magnet for those on the move. According to this article, those who relocate from California to Nevada save around 12 percent a year on their income.

In the latter half of 2019, home sales picked up after the Federal Reserve cut interest rates three times. This brought down 30-year fixed-rate mortgages below 4 percent. With the hope and expectation that this initiative will live on through the new year, mortgage rates should remain low and demand will increase with support, leading to a favorable outlook on the market.

Some predict that the average price of homes will decrease slightly in 2020, but most experts say this is highly unlikely—unless there is a nation-wide recession or unemployment crisis. Although there were previous speculation and expectations of an economic crash this year, it’s looking more like we’ll be safe from that in 2020—at least for now.

As one could guess, new homes built in 2020 will add supply to the market to supplement demand—coming at a much higher cost.

New homes are pricier due to the costs of labor increasing, construction materials, and land. All of which, Nothaft says, has risen two times as quickly as inflation in the past few years.

With all of that being said, there’s still promise for new home buyers. The median price of new single-family homes decreased by over $18,000 from more than $410,000 in October 2019 (due to closings on new luxury home sales) to just below $392,000 in November 2019. This price will remain steady, with no expected hike in numbers.

Expect a good deal for existing homes and resales. The higher cost of new homes is good news for those who are looking to stay put because the new homes will keep pre-existing housing costs on the less expensive and lower side of the spectrum.

The median price of existing homes sold in November 2019 was $295,000 for single-family homes and $166,000 for attached homes. Hopefully, much shouldn’t be too different.

With 48,000 people a year moving to the state and the city, the biggest concern for Nat Hodgson, president of the Southern Nevada Home Builders Association, is demand versus affordability. He says, “We have to figure out how to build more units. At the same time, there’s a big push for affordability, but every time I turn around we’re adding to the cost of the house.”

But no need to fret. “The folks who live here can only afford so much,” Tom Blanchard, the new president of the Greater Las Vegas Association of Realtors, said. “That may be the factor keeping prices in check. If we were making money like they are in Seattle and San Francisco, the prices would be outlandish. We don’t have that type of labor force. We’re limited by the amount of money people here earn.”

Yes, there is a labor shortage limit and dwindling land to build on. But with this, Hodgson says, comes buyers and renters realizing that the prices are pretty much fixed at what they are, and they most likely won’t change for the time being. Affordability should be kept in check for now.

The Federal Housing Agency (FHA) is increasing loan limits by $23,000 to $345,000 in the year 2020. This is great news for first-time homebuyers who may otherwise have a difficult time qualifying for and securing a big loan for their first down payment. It is well-known that the ability to make that hefty down payment is a deciding factor in whether or not to buy. More opportunity is on the horizon for you!

The city of Summerlin just made a huge announcement in December: in 2020, the suburban Las Vegas Valley community is opening a development north of Far Hills Avenue as a strategic move to create more affordable homes for people seeking residency.

The development is called Redpoint and will have 11 or 12 units grouped together in sections. There will be duplexes, townhomes, and triplexes. They plan to set these homes in the $200,000s—much cheaper than the average price of about $640,000.

This move towards building with density in mind is one that has a keen eye on where the market is and what is needed to get pricing down as much as possible.

Hodgson notes that the “entry-level” home is not what it used to be decades ago when many were starting families at a younger age and moving into mid-sized homes. Today, townhouses are the perfect starter homes and are more affordable. More and more people are starting and raising families in Las Vegas since it’s a great place to do so.

Vegas is also a great place to retire. The first age-qualified community in Las Vegas to be built since before the Great Recession—Del Webb Lake Las Vegas—will open in early 2020. There will be about 460 homes in total between $300,000 and $500,000 with a luxury clubhouse,  lakeside views, and an active community.

Put simply, you can expect to see demand go up, mortgage rates remaining low, and a growth in population for the great city of Las Vegas. The market will be stable based on what we’ve seen. Buy now while it’s steady, because who knows how things will change.

Looking to make the move to Las Vegas, Queensridge, or Summerlin? Check out our other blog posts and contact us today. We would love to assist you in finding modern homes for sale in Las Vegas. Pivot Modern Real Estate specializes in MacDonald Highlands, Roma Hills, Red Rock Country Club, and Seven Hills real estate. Happy New Year!

We offer the highest level of expertise, service, and integrity. Pivot Modern is the leading real estate firm specializing in custom one-of-a-kind homes in Southern Nevada and our team has helped hundreds of buyers find their dream home in Las Vegas and Henderson over the last 30 years. 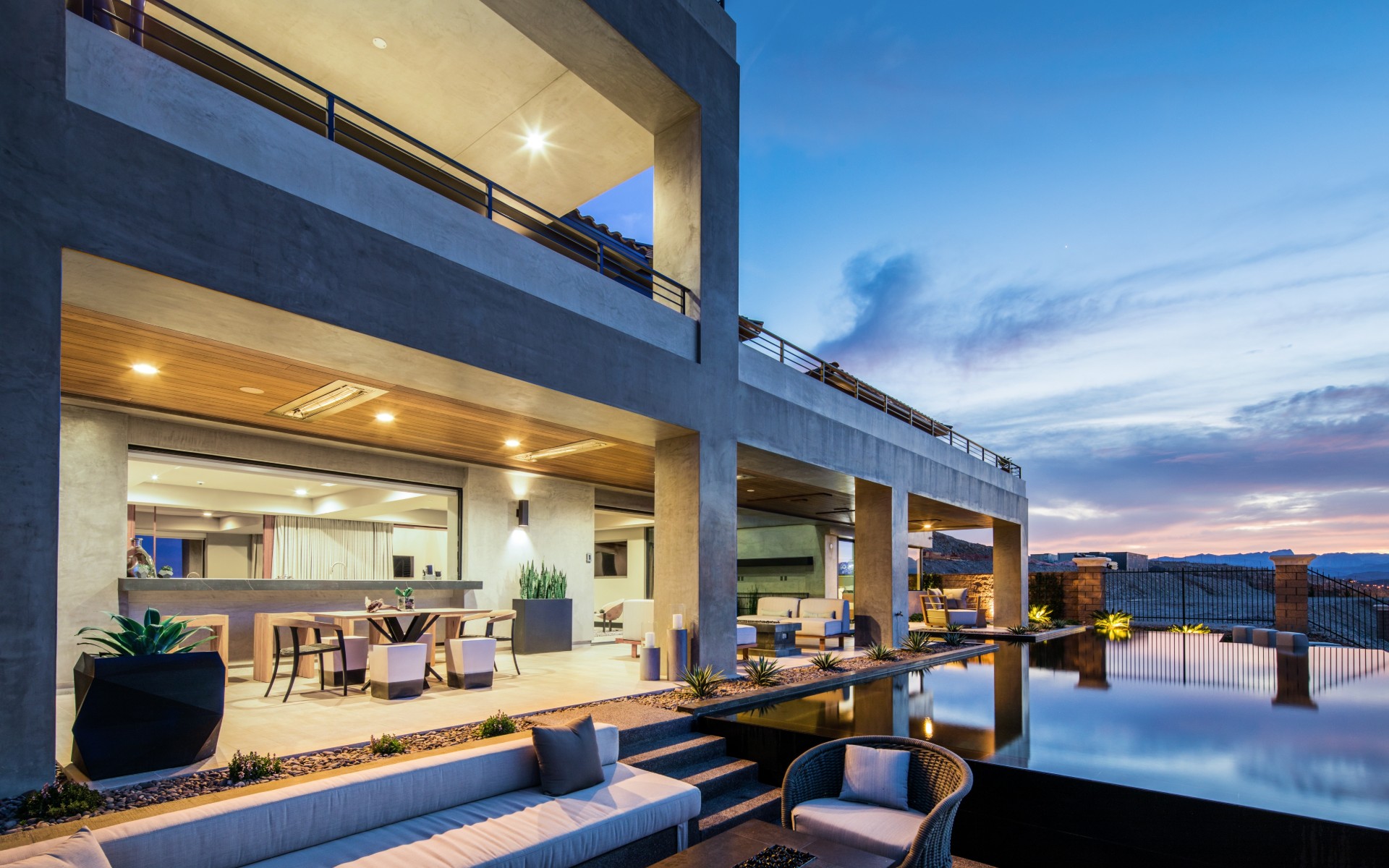 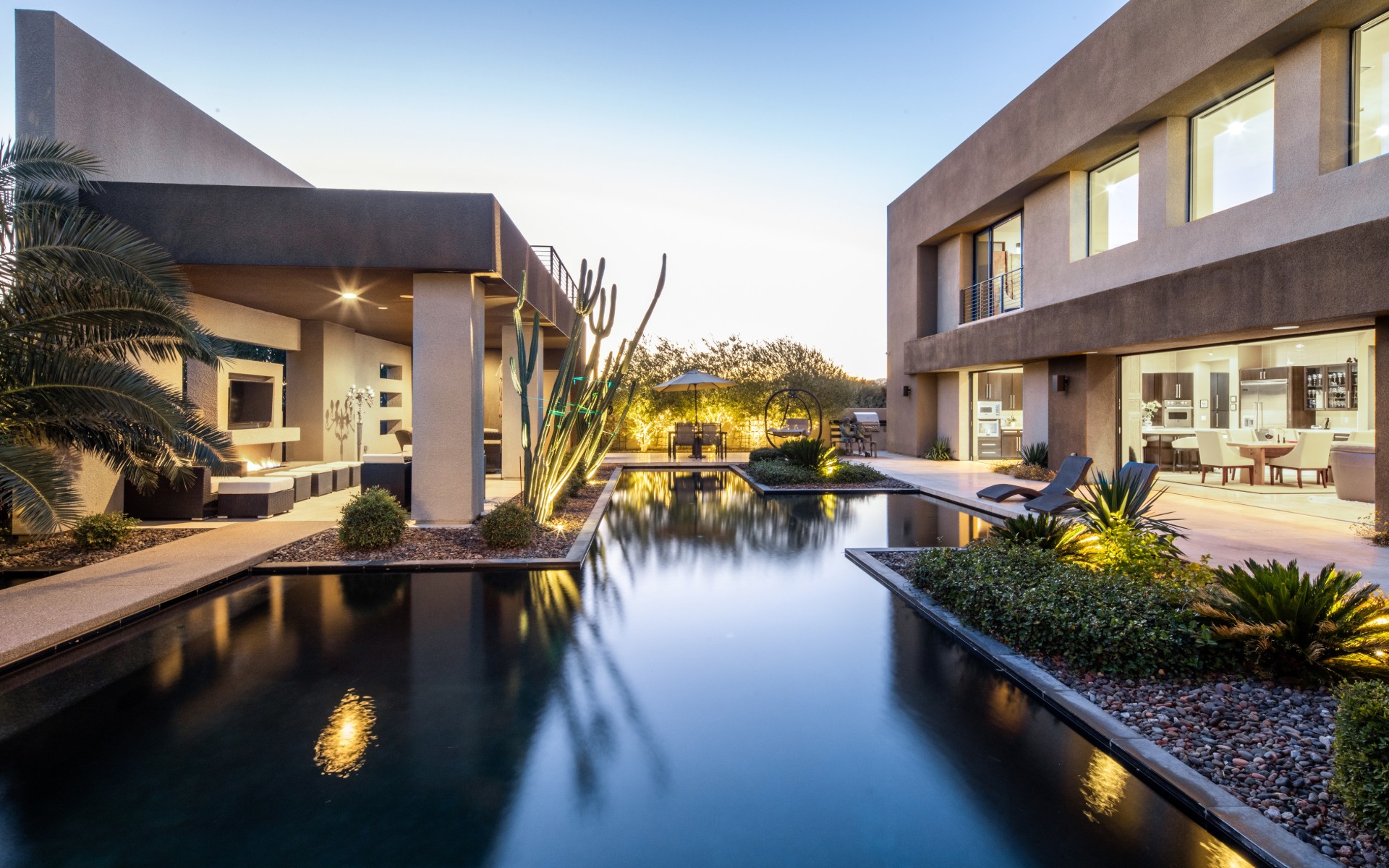 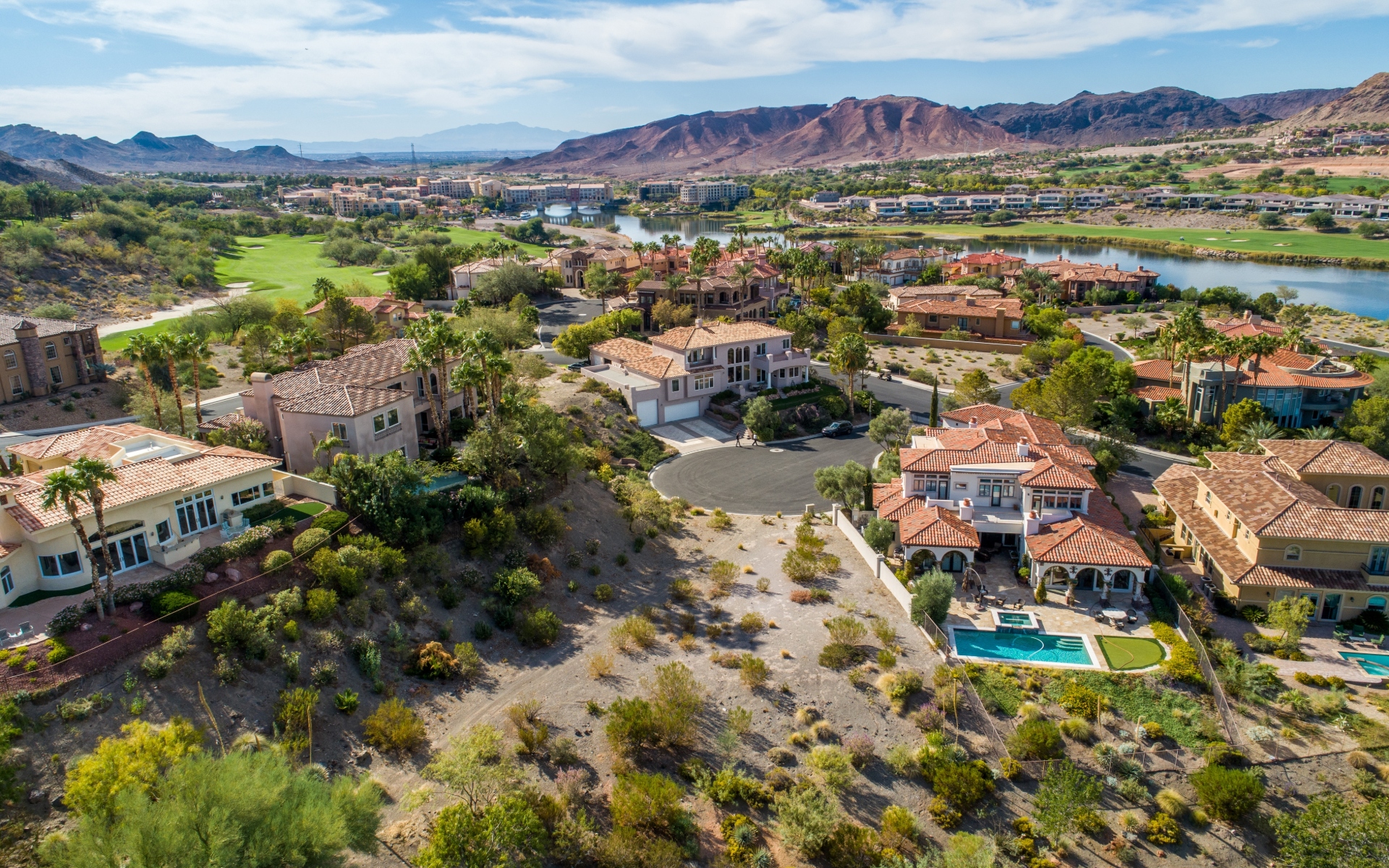 Enter a city or neighborhood

Register to create a personal portfolio where you can save your listings.

We offer the highest level of expertise, service, and integrity. Pivot Modern is the leading real estate firm specializing in custom one-of-a-kind homes in Southern Nevada and our team has helped hundreds of buyers find their dream home in Las Vegas and Henderson over the last 30 years.